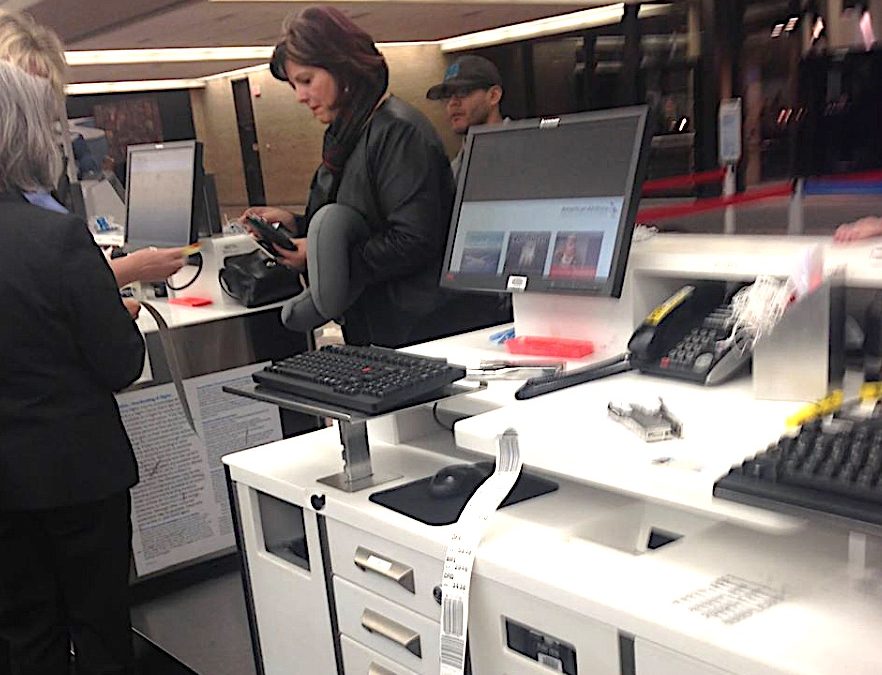 We have enjoyed getting to know Norwex, a worldwide seller of green cleaning products that aims to help people rid their homes of unnecessary and potentially toxic chemicals. When the direct-home sales company’s co-founder and global chief sales officer, Debbie Bolton, was observed quietly extending a generous hand to someone in need, we were among legions of people who were not surprised.

Bolton was in the Omaha, Neb., airport, traveling home from a business meeting March 8, when she overheard a distressed, young father speaking with a ticket agent. He was traveling with his 2-year-old daughter, believing she was eligible to fly at no charge. The ticket agent told the man he had to pay for his daughter’s $749 plane ticket or she could not board.

Bolton and several other passengers watched the man walk away distraught. He had told the agent he couldn’t even afford the fee associated with the rescheduling of his own flight, much less his daughter’s ticket.

“Hugging his daughter and grabbing his head, you could tell he was heartbroken,” said Kevin Leslie, who watched the emotional scene and posted about it on Facebook. He continued:

“(Ms. Bolton) walked over to him and asked what was wrong. After they talked for a bit, they walked up to the counter together. She pointed back at his daughter and said, ‘I wanna buy her ticket.’

“The agent said, ‘You know how much this ticket costs right?’

“The woman said, ‘That’s fine’ and pulled out her credit card. I was right there, and I just said to her, ‘God bless you!’ and they printed out the ticket. The agent kept talking about her goosebumps while the man hugged the woman and asked for her name to repay her. The woman just kept saying, ‘Don’t worry about it.’

“She knew she wanted to help that man and his daughter no matter what the cost.”

Media Salad client Pam Altendorf is a senior vice president sales leader for Norwex and works closely with Bolton. On her own blog, Ms. Altendorf explained that Ms. Bolton’s kindness and compassion firmly underpin her approach to business management:

“Other companies talk about numbers a lot, but Debbie talks about people and about how what we do helps others,” said Ms. Altendorf, whose own sales team is one of the most successful Norwex teams in the world. “She says that what we do in business should always be about our genuine care for others. Having a person of character, like Debbie, lead us is hugely inspiring to me as I represent Norwex every day.”

“I asked (Bolton) once what I could do each day to be successful. Her response surprised me. She said each day have reflection time, make a list, and don’t leave your desk before the 10 most important things are done — and always give gratitude daily. I know her family — kids and grandkids — get together frequently to discuss how they can use the abundance and blessings they get to serve and give back to others. She is an inspiration every time I see her and is constantly giving freely. She is so full of Love for everyone and does what is needed without being asked.”